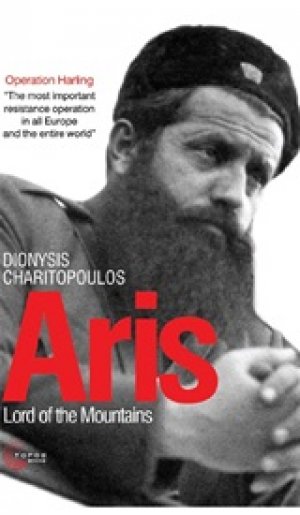 Aris, Lord of the Mountains

This book is a torn page from the History of World War II. It cost the author 20 years of research. It cost the Greek National Resistance thousands of dead and wounded in battles and acts of sabotage that have remained unsung. The inspiration and the leader of the unorthodox and harsh war without prisoners against the invaders was Aris; a charismatic 36 year old man with an iron will. He created ELAS, the largest volunteer army in the history of Greece, and a "Free Greece" within enslaved Europe. But when the invaders went, Aris clashed with the political leadership of both, the Right and the Left and he took to the mountains again, where he committed suicide on June 15, 1945, hounded by all of them.